I LOVED The Stranger in the Woods: The Extraordinary Story of the Last True Hermit.  I finished it in two days and am pretty sure that if I hadn’t had to put it down I could have read it in one sitting.  It was totally absorbing and compelling, and Michael Finkel has written a fascinating, true account with a high level of compassion and empathy.  I often bemoan how nonfiction takes me longer to read than fiction, but this is one book that I absolutely inhaled.

You might be familiar with the book’s subject, Christopher Knight, the North Pond Hermit, who lived in the woods, stole items from cabins and eluded capture for over 25 years in Maine.  I hadn’t heard of this story before. Finkel begins the book from Knight’s perspective, as he makes a run in the dead of night to steal food from a summer camp for disabled people.  It details the ways he avoids leaving footprints or breaking underbrush, hopscotching through the woods with catlike agility, his route honed over many years. The second chapter is from the perspective of the Maine game warden who has been pursuing Knight, and who has booby-trapped the camp’s kitchen.  The third is from the perspective of a state trooper who arrests and questions him.  It’s a great entry into the story, putting us right in the action and letting us know about all the people who have been trying to catch Knight all these years.  Knight himself has been unaware of all the attention directed at him.  When captured he wasn’t quite sure what year it was. When asked how long he’d been living in the woods, he told them since the year of the Chernobyl nuclear disaster (1986.)

Finkel reads about Knight’s story in the newspaper and feels instantly drawn to him.  He writes Knight a letter including a story he’d written in National Geographic about a remote hunter-gather tribe in East Africa and mentioing that they share a love of literature.  To his surprise, Knight writes back.  They began a quasi-correspondence, but Knight always held back somewhat. After being alone in nature all those years, the time in jail was wearing away at his nerves.  His mental state deteriorating, he abruptly quit writing, so Finkel decided to go visit him in jail in Maine.

Through a series of visits with Knight, Finkel discovers how he survived brutal Maine winters with no heat source (fires would attract attention, obviously.)  Knight talks about how and why he stole the items from cabins all those years ( food, batteries, clothing, camping gear, nothing too valuable or personal.)  The details of survival were endlessly fascinating to me.  For instance, Knight recycled the magazine he stole and used them as subflooring for his living area, “creating a platform that was perfectly level and also permitted decent drainage of rainwater.”  He lived so close to others that he couldn’t even sneeze aloud!  (Turns out that dense foliage and huge outcroppings of boulders helped protect his tent from discovery.)

Besides being interested in the mechanics of how someone survives alone in the woods all that time, I was drawn to what it must have felt like, the silence and stillness that Knight experienced.  Finkel does a good job portraying this, sharing his experience of camping overnight at the spot that Knight called home.  He talks about the reading material Knight stole, how he stole portable radios and even had a small black and white television for a time, rigged up with car batteries and an antenna hidden in the trees.  But what he did most of the time wasn’t listening to the radio or reading.

Mostly what he did was nothing.  He sat on his bucket or on a lawn chair in quiet contemplation.  There was no chanting, no mantra, no lotus position. “Daydreaming,” he termed it.  Meditation.  Thinking about things. Thinking about whatever I wanted to think about.”

He was never once bored.  He wasn’t sure, he said, that he even understood the concept of boredom.  It applied only to people who felt they had to be doing something all the time, which from what he’d observed was most people.

Finkel weaves some historical accounts of hermits throughout the book, but Knight is the real draw here.  What makes a 20 year old with no criminal record or known mental problems just drop out of society entirely?  Why did his family not report him missing? How does he reconcile all the things he stole from people over the years, which includes their sense of personal safety?  How does someone who’s been in the woods all that time reenter society?  Could we learn something from Knight, and how do we do so without romanticizing his criminal behavior?

If you couldn’t tell, I just enjoyed the heck out of this book.  As someone who reads disproportionately more fiction, I can say that this felt like reading a really good novel – it was that immersive and compelling.  I envied Knight somewhat.  I don’t want to do what he did – I love my family and hot, running water too much for that – but I envy the experience of nature and quiet that he experienced.

The dividing line between himself and the forest, Knight said, seemed to dissolve.  His isolation felt more like a communion.  “My desires dropped away.  I didn’t long for anything.  I didn’t even have a name.  To put it romantically, I was completely free.”

If you’re wanting a quick nonfiction book for a change of pace, pick this up! Five enthusiastic stars.

22 thoughts on “The Stranger in the Woods by Michael Finkel” 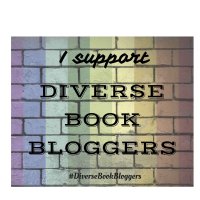